Butt Riders on the Range -- She Wrote What?

:
Do you imagine blazing gun battles, bandits, and saloons with watered-down drinks when you think of cowboys and the West? We don’t. Our minds go right to horse shifters, bull shifters, were-leopards, urban wannabes, an interrupted journey along Route 66, a man of mystery named Dr. Feel-Good, and high noon at the edge of the galaxy! The fourth time’s the charm as the Butt-Thology authors saddle up, ride their men hard, and put ‘em away wet.

Butt Riders on the Range…the bulls aren’t the only ones being grabbed by the horns!

Welcome, JP Barnaby, one of our Riders! 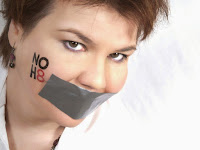 Wait, so… Emotional terrorist, JP Barnaby, author of such ansty tales as Aaron, Little Boy Lost, and A Heart for Robbie has written, shifters?

Yes, it’s true, and I just have two words for the reasoning behind this latest Butt Anthology ditty—Kage Alan. See, Kage is one of my closest friends and he consistently encourages me (some would say in a relentless fashion) to write outside my comfort zone and stretch myself as an author. So, when it came time to craft a story for the Butt Riders anthology, I reached deep and thought about the one thing I never thought I’d write. Because I was a physics major, and deeply rooted in the science and mathematics side of life, I’ve always leaned toward the plausible and realistic in my work and shifters don’t really fall under that category.

The biggest challenge for me to get over with respect to shifting was not the animal/human DNA because biology and genetics were never my thing, it was the mass differential. According to Einstein’s Special Theory of Relativity (the famous equation E=mc2), with the speed of light being a constant, there is a defined correlation between a change in mass and a change in energy. Because of the substantial nature of the speed of light, a small mass differential would cause a large requirement or release in energy (depending on the direction of the shift). For a human/horse shift, to take the example from the story, we’re talking about going from roughly an 1100 kg horse to a 100 kg human. There would be a profound release of energy, not to mention an extra 1000 kg of mass discharged in the process.