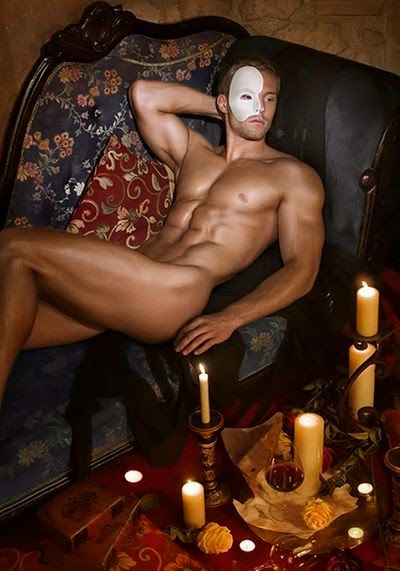 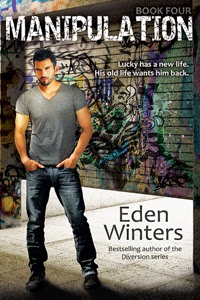 Lucky Lucklighter has a new life. His old life wants him back.

He traded trafficking for taking down criminals with the Southeastern Narcotics Bureau, and a drug-lord lover for a man on the right side of the law. Bo Schollenberger found the way past the thorny defenses of Lucky’s heart, and made Mr. I-Get-Along-Fine-Alone think about his and his closets, stevia in the sugar bowl, and a picket fence—with a good lock on the gate.

Now Bo is missing, and a voice long silenced asks, “Did you miss me?” Lucky must deal with a devil from his past to get Bo back.

And if Bo isn’t willing to come? A drug ring needs its back broken before flooding the US with a designer high, seductive and undetectable. But there’s a fine line between good and evil, and a truckload of temptation urging Lucky to cross.

Oh yay! Bo and Lucky are back for more stomach-churning, heart pounding adventures. This fourth installment in the Diversion series lets Bo shine as an undercover narcotics operative when a figure out of Lucky’s past and current nightmares turns out to be behind the influx of drugs in their case from the third book (Corruption). 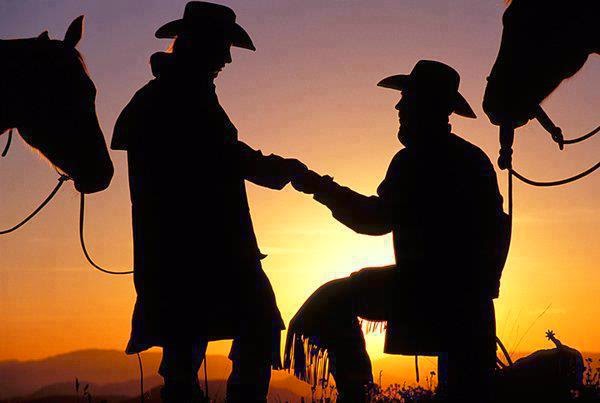 There has to be a story here. Tell us? 100 to 1000 words to tell us, please. Directions here.
No comments: Links to this post

Cutting Out by Meredith Shayne 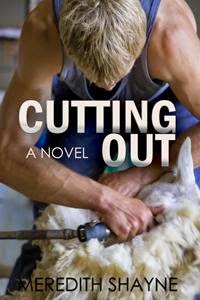 A twenty-year veteran of the shearing shed, Aussie Shane Cooper loves his job, and the home he’s made for himself in New Zealand. If he’s a little lonely, he’s got good mates to keep his spirits up. When a hot, cocky young shearer named Lachlan Moore catches his eye at a competition, he’s content to look but not touch, knowing the young man is out of his league.

Lachie wouldn’t mind a piece of Shane, but the gorgeous gun shearer from Australia is soon forgotten when the Christchurch earthquake hits, and tragedy strikes Lachie’s family. Lachie deals with it the best he can, cutting himself off from all he knows. A year later and he’s back in the shearing shed, out of practice and lacking confidence. That Shane’s there to watch him flounder doesn’t help his nerves.

As Lachlan struggles to re-acclimatise, Shane can’t resist giving him a hand to get back on his feet. As they move from friends to something more, Shane finds himself wanting to know everything he can about Lachie. But Lachie’s got secrets he desperately wants to keep, and when things come to a head, those secrets might just mean the end of them before they’ve truly begun.

New Zealand’s half a world away, known to most of us as spectacular scenery with hobbits and a vague idea of Maoris and sheep. Meredith Shayne’s added detail and dimension and given life to those ideas.

There’s a very, very slow burn between Lachie, a rising star in the shearing world, and Shane, the acknowledged master. It’s not just competition, these men keep an entire industry moving, they’re an essential link between wooly animals and winter coats. It’s a world Lachie loves, and hates leaving. 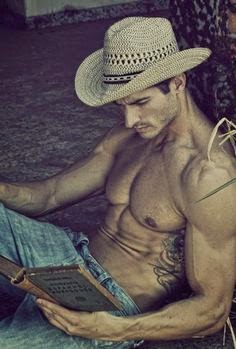 This last week was a little different. The usual, reviews and and a hot prompt pic, but I also got interviewed at Jamie Lake's blog, which is a first.

Some good reading: Olivia Helling's Damon Snow and the Nocturnal Lessons gave us a Regency era m/m... I hesitate to call it a romance, but there were guys and there was sex and there was love. And Must Loath Norcross from Summer Devon unraveled a plot and got the two hotties together, always good.

Coming up: YAY! One of my favorite authors has a new one out! Eden Winters' fourth in the Diversion series is out now! Manipulation has Bo and Lucky in more danger than ever before. And Meredith Shayne's Cutting Out gives us a look at love in the shearing sheds. Two very different reads, but both good.

Also, I'm revving up for the Blogoversary, finding out which of our favorite authors and reviewers have something to say about our favorite genre. There will be wise words, there will be funny words, there will be my words which I don't promise fall into either of the other categories. ;) There will be giveaways and goodies. If you sign up to follow the blog, either via email or with Google Friend Connect (scroll down, it's on the right) you'll see all the posts for sure. Spread the word.

Must Loathe Norcross by Summer Devon 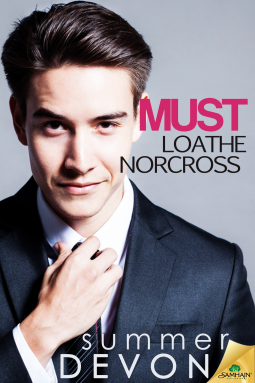 
When it comes to love, there’s no such thing as traveling light.
Born wealthy and ambitious, Grady once worked hard and played hard—so hard, it brought him to the brink of ruin. Now, after a five-year retreat into the contemplative life, he’s dipping a toe back into the real world.

Assigned to write a series of articles about a Connecticut valley’s small towns, Grady checks into a local hotel. And meets a bellhop who seems determined to show him around…and maybe indulge in a more intimate tour later on.

When Josh’s boss half-jokingly suggests he get on a first-name basis with the writer who could make or break their town’s reputation, Josh jumps at the chance. He dreams of seeing the world, but the man he thought might be his ticket out turns out to be less influential—and more attractive—than he expected.

Together they uncover a strange plot to detour Norcross’s tourist dollars, a plot that leaves Grady bruised and angry. Now they’ll have to decide how far they’ll go to save the town…and how far they’ll fall for each other.

Warning: Steaming-hot room service, delivered by a cute bellboy in uniform. Stolen towels will not be tolerated, but stolen hearts? Help yourself!

It should have been simple: Grady was supposed to come into the old mill town that would rather remake itself than fade away, write up the few attractions, and amble on to the next would-be vacation spot. Josh should have been content with an evening or two with a cute stranger, and leave him happy enough to write something positive. But neither man is exactly who he appears to be, and their secrets end up dovetailing in the oddest way.