If You Want a Review 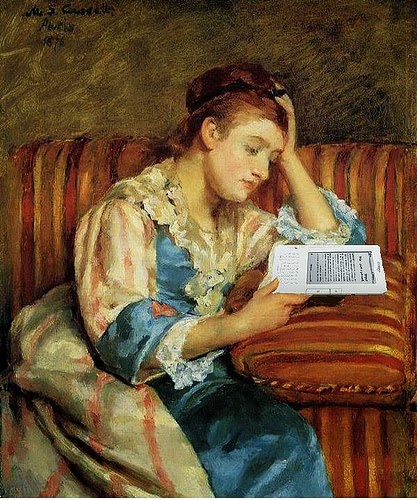 Every now and then someone asks for my opinion. In case you're inclined, here's what to do.

Email me at CryselleC AT gmail DOT com with a MOBI file, a cover art pic, the blurb, and a buy link or two, and let me know anything special about the book, like if it's your first or it's up for an award, stuff like that. I'm willing to look at m/m, m/m/m, and m/m/f.

All authors and publishers are welcome.

I'll know within three minutes of opening the file if I want to keep reading.

Blog tours are welcome. If a review for a blog tour book is low, I will delay posting as a courtesy, but will not suppress the review.

Now that I'm not reviewing at Jessewave's, I can go back to my previous policy of the occasional ladybits among all the guybits. Anyone who doesn't like ladybits can hold their noses if they like. My blog, my rules. I'm still not reviewing het, but half the world's people are women, I'm a woman, and I refuse to act like women have cooties. A huge number of gay men have had relationships with women, been married, fathered children, might even still be friends with the ex, and all that might be in the story. I want to read that story. Women are part of gay men's lives as something besides Obligatory Pushy Best Friend. Get over it.

A story that pleases me will have a couple of well developed characters, a relationship, and something plotwise outside the relationship. I like plot, that's the point of a book. I like sex, too, but sex has to drive the plot. The daily drivel of the character's lives in between sex scenes is not plot -- plot has conflict and resolution, and it needs to make sense. Logic fail will get noticed out loud and if I can't find the plot beyond "hawt guys fuck" you can call me Cryssy Crankypants.

Things that stop me in my tracks:

My qualifications as a reviewer, well nothing academic, but would you really want someone doing lit-crit on your romance? I offer a habit of devouring words and some critical thinking skills*. My page at Goodreads should tell you something, that's maybe a third of what I've read in my life. I read a lot more than mm, I just don't track it there.

I really do open every file hoping to love what I'm reading.

It has come to my attention that my reviews have been quoted here and there. That's fine as long as it's accurate. Keep in mind that Fair Use involves brief quotes, and if you have to use a ton of ellipses to make it come out positive, you risk me coming along and mentioning what the rest of it said. If it's accurate quoting, go for it.