A picture us worth... 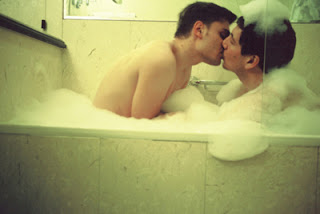 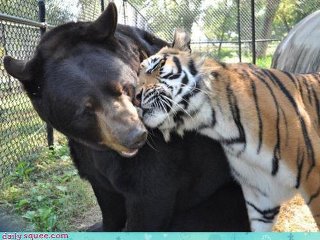 Gotta love the shifters. Tell us about it. One hundred words will do. Or more. Cause shifters. Directions here. 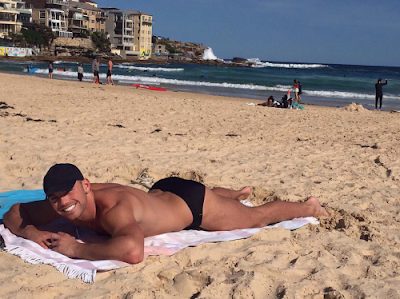 He might need a little MasterCard shares Coppertone on his back.  Tell us about it 100-1000 words. Directions here.
No comments: Links to this post 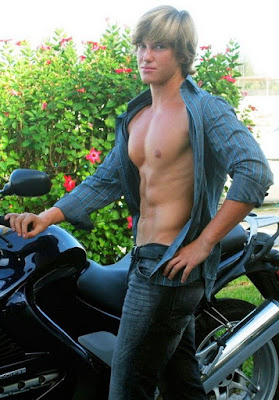 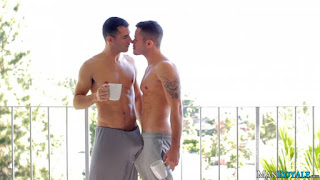 A little post-Valentine glow? Tell us 100-1000 words. Directions here.
No comments: Links to this post 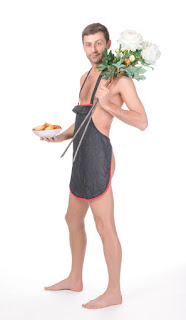 He has the basic idea for Valentine's Day. Tell us more, 100 words will do: Directions here. 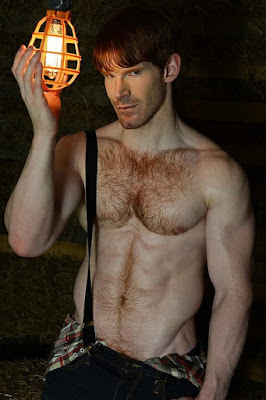 What's he going to fix in the dark, hmm? Want to tell us about it in 100-1000 words? Directions here.
No comments: Links to this post

Up and Coming (Coastal Football Book 1) by Andrea Dalling 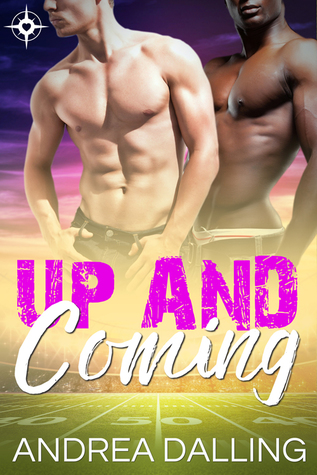 An unexpected love could cost him his dreams.

Emmett Cross doesn't have time to date. A college quarterback on a path to turning pro, he can't afford distractions, especially with the academic challenges he faces. When he's blindsided by a growing attraction to his friend Jake, he fights it—rumors that he's bisexual could wreck his draft prospects. But he can't stop thinking about the cute blond twink with the warm heart and gentle smile.

Biochem major Jake Schott has had a straight-boy crush on Emmett since freshman year. Emmett's cool logic is the perfect complement to Jake’s sensitive nature. He’s sure nothing can come of his longing—until a scorching kiss turns desire into hope. Although the tall, sexy athlete with the trim waist and thick biceps denies that there’s a chance for them, his lustful looks and stolen touches tell a different story. Passion ignites between them, but Emmett insists on hiding the relationship.

When their secret threatens to come out, will Emmett give up Jake to protect his career? Or will he risk everything for love?

This steamy friends-to-lovers, out-for-you romance is a standalone novel with an HEA ending and no cliffhanger.

This one was a mixed bag.

What I liked: the premise. Football player falls hard for another man, coming to realize he's bisexual, and trying to make it work, in spite of the issues related to football and inside his own head. (Not to erase the bisexuality, but he's written to be pretty fixated on only one woman in the time he was with her, and only one man in this book, so he's reading demisexual to me, but if Emmett says he's bi, he's bi.) And his love interest Jake has a lot more going on than just getting together with Emmett: he's headed to a career in a scientific field where he could make a huge difference in people's lives. I also liked having an interracial couple where that wasn't the big conflict. And the sex scenes. Emmett was in new territory, and wanted to explore all of it, not just rush to the big penetration scene.

What I had issues with: the execution.

Present tense is a pet peeve of mine, some people like it, but it makes me work harder to stay in the story. Then I notice other stuff more, like how two main characters from wildly different backgrounds sound enough alike that I had to scroll up to see whose head we were supposed to be in sometimes.

Once great scene where this was absolutely not a problem was Emmett's interview. He had no trouble giving the interviewer some shit, in a voice all his own. I would have liked more of that.

These two took not talking about things to new heights, so things that could have brought them together, like Emmett's reasons for working double hard in classes, were side issues to the get together break up get together break up cycle that repeated a few times too many for my tastes.(I think there were 4. Pulease.)

A few other issues, like Jake's parents, seemed like window dressing and not anything really to do with the story, although they affect Jake quite a lot, and an English major like Emmett might have some practical questions, but those didn't really get asked. Neither did anything resembling "What about a future that doesn't include getting drafted to the pros?" Because a football player is always one injury away from retirement, even if he's the best ever. Yeah, it's a fantasy, but there are some bits of reality that are baked in to the career.

I can deal with the solve the current set of problems, skip ahead to the big happy for the ending. But I was really frustrated with this book, because I wanted to like it so badly, and it was pretty close to a DNF. If the next one is teammate Waseem's story, I'll read it, because he's a good guy and should be happy. 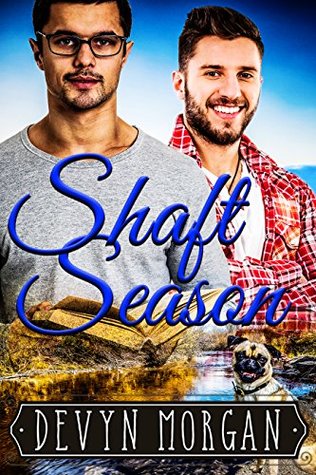 The mutual attraction is there from the get-go, but how is a mountain man supposed to fit into a Hollywood kind of life? And how can Trevor realize he’s worth Don’s masculine attentions?
They’ll both find out when winter turns to spring. Because spring is shaft season.

A standalone novella with a first time relationship, a lovable designer dog, and an HEA.

OMG, I loved this. Definitely opposites attract, and they don’t want to attract. And doggies. I didn’t know I was a sucker for dogs in romances but I am. (Also for cats, but that was an established fact.)

Trevor’s downsized his expenses so he can spend the time to write his awful ex into a story and KILL HIM. Maybe that will get him out of Trevor’s head, where he’s built a whole nest of bad boyfriend lies about Trevor being old and undesirable and generally not cool enough for a movie star. All for being late thirties and liking to cook at home instead of going out to eat and being responsible enough to feed and walk the dog. We get to see Antony being the nasty man we’re all glad isn’t Trevor’s lover any more. What a piece of work he is, but you can see how he could use just enough truth to weave into a lie and make Trevor believe it. Which is sad. Even if Trevor makes a really good point about an actor getting along with the screenwriter.

And there’s Don. Sweet and hardworking, and gay in a place where he’s never knowingly met another man who likes men. I wanted to scream at Don’s father, but when it’s small town Montana, of 20 years ago, it would be screaming at him for being like everyone else, only freer to be mean to his son. So when Don meets up with Trevor for doing odd jobs on a hundred year old house in this faded mining town, which, hah, I think I recognize, that’s a pretty distinctive lake. Don meets up with Trevor’s bookshelf first. Which was supercute, running back and forth to raid the books.

And then he has questions, and one things leads to another, and here’s a bit of truth for Antony to twist—there aren’t a lot of other choices for partners. And Trevor’s not a very secure guy. Add in small town vs Hollywood glitz, and they've got a lot to contend with.

And the hell of it is, they’re really good for each other. And they’ll figure it out, eventually. Not before making us readers sniffle and yell and worry, and then be happy. And there’s doggies. Sabrina the puggle and Bandit the mutt (Don says something about the dogs that made me snort Coke out my nose!)

So, charming story and all is happy, I would have liked to read more about Don’s first encounters with a few more aspects of gay sex, but I think for him that’s not the important thing, he just needs to be able to touch Trevor. With or without a dog bouncing on the bed.

Devyn Morgan's stuff can be hit or miss for me but this one hits it out of the park. 4.75 marbles

Oh, remember Devyn did an excerpt to go with a picture that was perfect to be Don? It's here.
No comments: Links to this post 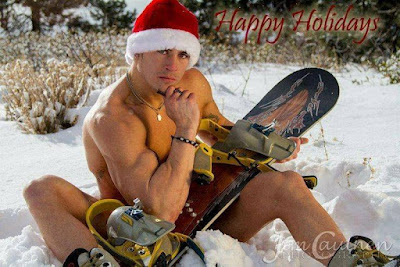 Yeah, he's as late with his greetings as I was. If you have 100-1000 words Buy Visa shares for him, share. Directions here.
No comments: Links to this post